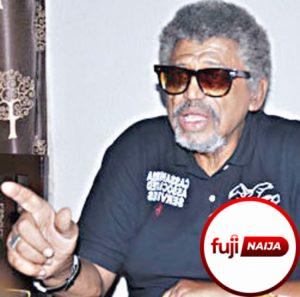 Bernard Olabinjo “Bobby” Benson was an entertainer and musician who had considerable influence on the Nigerian music scene, introducing big band and Caribbean idioms to the Highlife style of popular West African music.

Bobby Benson started by playing standard big-band music, but later introduced African themes, as a pioneer of Highlife music in Nigeria. His song “Taxi Driver” became a classic hit in West Africa, covered by several other musicians, blending Caribbean and jazz styles. Other hits were “Gentleman Bobby” and “Iyawo se wo lose mi”, “Mafe”, “Nylon Dress” and “Niger Mambo”.
Various prominent musicians started out playing in Benson’s band, including Roy Chicago, Sir Victor Uwaifo, Bayo Martins and Zeal Onyia. Victor Olaiya started as a trumpeter with Bobby Benson’s band, and became one of the first Nigerian musicians to play highlife with his group the “Cool Cats”. Another player with Benson’s band who moved into highlife was Eddie Okonta, with his “Lido Band”. Benson’s innovations in musical style also influenced the evolution of popular Jùjú music.
“Taxi Driver”, his biggest hit, and “Niger Mambo”, an African melody with the Latin beat, were covered with different interpretations by American artists such as Stanley Turrentine and Jackie McLean. Randy Weston covered “Niger Mambo” in a solo performance on his 1978 album Rhythms-Sounds Piano, describing the piece as representing exactly what is called “high life style” in West Africa.
Benson also had musical collaborations with the internationally acclaimed and musical legend Eddy Grant, who stayed in Lagos and performed at the Hotel Bobby for many years. This collaboration lasted for many years, allowing Grant to be able to acclimatise himself to the Nigerian culture. Consequently, Grant was able to speak and record many successful songs and albums in Yoruba and Pidgin English.

Bobby performances included serious music, where he played guitar and saxophone while his wife danced. Based on the popularity of his music, he formed the Bobby Benson Jam Session, a dance band that played swing, jive, sambas and calypsos. In the 1950s, he expanded his band to 11 members, including a trumpet section, and began playing in the popular highlife style. Their first big hit was “Taxi Driver”, followed by several others. 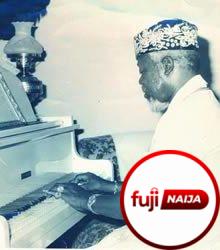