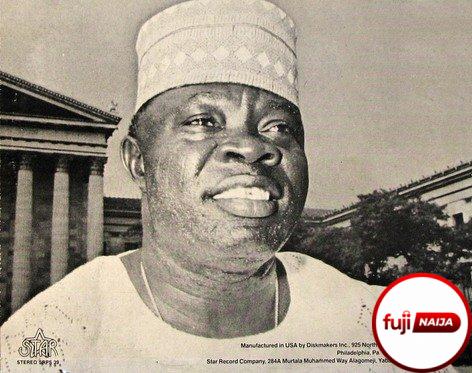 Haruna Ishola Bello M.O.N. (honorary title, Member of the Order of the Niger (19191983) was a Nigerian musician and one of the most popular artists in the apala genre. In the decades leading up to Nigerian independence in 1960, apala music developed when amateur musicians would play to arouse the faithful after the long fast of Ramadan.

Born in the town of Ijebu-igbo to the family of Bello Adeleye. Ishola lost his father when he was a young boy and later lived with a family friend, Yusuf Black who worked as a goldsmith. Ishola originally trained as a goldsmith under Black and took on music as a hobby. In 1947, when he was 28 years old, he moved to Osogbo and formed his first group.

Ishola’s first album in 1948, Late Oba Adeboye (The Orimolusi Of Ijebu Igbo) released under His Masters Voice (HMV), was a commercial flop, but his relentless touring gave him a reputation as the most in-demand entertainer for parties among the wealthy Nigerian elite. In 1955, a rerecorded version of his 1948 album was released following the death of Oba Adeboye in an incident in an air accident on BOAC operated Argonaut G-ALHL, the re-released record soon raised his profile. Haruna Ishola began recording apala numbers in about 1955, and soon became the most popular artist in the genre and one of the most respected praise singers in Nigeria. Ishola adapted and stuck to a strong traditionalist approach, citing both Yoruba proverbs and Koranic scripture in his songs, and introducing no Western instruments into his musical lineup. Before the end of the 1950s, he introduced shekere into his music and recorded a song in 1960 under Decca records titled Punctuality is the soul of Business. In 1962, he recorded his first LP, the LP has two sides with five songs on each side. Three of the five songs on side A were in praise to prominent people. On side B, are singles Mo so pe moku and Ika Ko Wunwon.

Ishola would sit when performing, surrounded by two talking drummers, shaker and bell, and a chorus of singers. Also central to his sound was the agidigbo, a hollow lamellophone (thumb piano), both plucked and struck to create a hypnotic ostinato at the center of the apala sound. Andy Frankel, who produced Apala Messenger (IndigiDisc 2001), an excellent retrospective of Ishola’s work, lived in Nigeria during the 1980s. He writes in the CD liner notes, “Among the most memorable anecdotes were that Haruna Ishola’s voice was so powerful that his praise-singing could kill its intended recipient if not provided with restraint. It went without saying that if you had to go, being done in by the praises of this man was not a bad option.”

In 1969, Ishola started STAR Records Ltd., in partnership with jùjú music legend I.K. Dairo. This was the first African record label owned by its artists. In 1971, he released his largest selling album to date, “Oroki Social Club” on Decca Records, which sold over five million copies. The titular track from the album was an ode to the prestigious and popular nightclub in the city of Osogbo, where Ishola and his group would perform concerts to sold-out audiences, sometimes even lasting between four and ten hours. He became one of the first Nigerian musicians to tour abroad, performing in Benin, the United Kingdom, Sweden, France, West Germany, and Italy.
Ishola died in 1983, but his large catalog of recordings both on Decca and STAR ensures that he will not soon be forgotten. Haruna Ishola was one of the greatest and father of Apala music in Nigeria, Haruna Ishola Estimated Net Worth isn’t Available at the moment

His son, Musiliu Haruna Ishola is also a musician, still performing and carrying on his father’s legacy. who released a million-selling album titled Soyoyo in 2000. 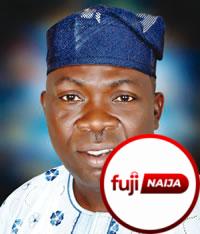