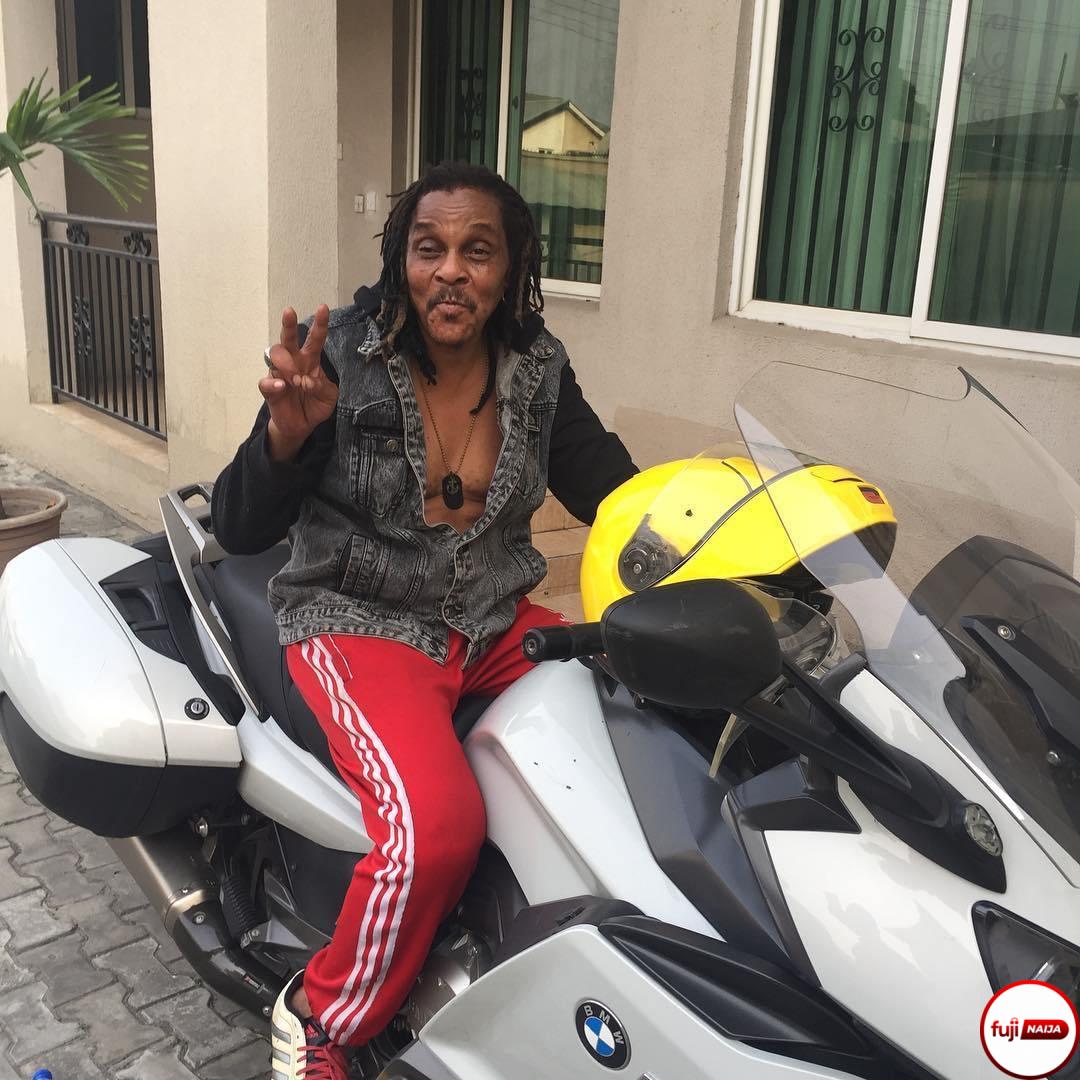 Majekodunmi Fasheke, popularly known as Majek Fashek (pronounced as Ma-je-ko-dun-mi Ifa-kii-she-eke), was a Nigerian singer-songwriter and guitarist. He was best known in his home country for the 1988 album Prisoner of Conscience, which included the multiple award-winning single “Send Down the Rain”. Also known as The Rainmaker, he worked with various artists worldwide including Tracy Chapman, Jimmy Cliff, Michael Jackson, Snoop Dogg, and Beyoncé.

In the early eighties Fashek, who at the time went by the stage name Rajesh Kanal, joined the group Jastix with musicians McRoy Gregg and Black Rice. The trio soon gained popularity as the in-house band on the NTA Benin show Music Panorama, and toured with fellow reggae group The Mandators. Jastix were also session musicians for upcoming reggae singer Edi Rasta, who would later be known as Evi-Edna Ogholi.

In 1988, shortly after Jastix disbanded, Fashek, who now used the name Majek Fashek, signed with Tabansi Records and began a solo career by releasing the album Prisoner of Conscience and quickly became Nigeria’s top reggae artist after the song “Send Down The Rain” became the most popular song of the year, and in 1989 he won six PMAN awards for “Song of the Year”, “Album of the Year”, and “Reggae Artist of the Year” among others.[8] Fashek’s next album was I&I Experience which was released in late 1989 under the Tabansi Label, and included the anti-apartheid anthem Free Africa, Free Mandela which sampled Steam’s Na Na Hey Hey Kiss Him Goodbye.
After leaving Tabansi Records, Fashek was signed to CBS Nigeria in the early 1990s and released So Long Too Long. It was included on Putumayo World Music’s first album. In 1990 he was signed to Interscope Records and released the critically acclaimed album Spirit Of Love, produced by “Little Steven” Van Zandt. In 1992, he appeared on Late Night with David Letterman in support of his new 1991 album and performed the song “So Long Too Long” for the television audience.

Flame Tree released The Best of Majek Fashek in 1994. He was later dropped by Interscope before moving to Mango, a division of Island Records accustomed to marketing reggae internationally. His first album for the company included a cover version of Bob Marley’s “Redemption Song”. He has recorded several albums for various labels since, including Rainmaker for Tuff Gong (1997) and Little Patience for Coral (2004).

Besides his struggle with drug addiction, other health conditions required Fashek’s hospitalization on several occasions. He was rumored dead in September 2019 but his manager quelled the rumors, confirming that Fashek had indeed been critically ill, hospitalized at the Queen Elizabeth Hospital, Woolwich in the UK, and in dire need of financial assistance. Billionaire businessman and philanthropist Femi Otedola has pledged to cover all the singer’s medical expenses.
Fashek died on the 1st of June, 2020 at 57 in the United States, after battling an unknown illness. His death was confirmed by his manager, Omenka Uzoma, on the late singers official Instagram handle. 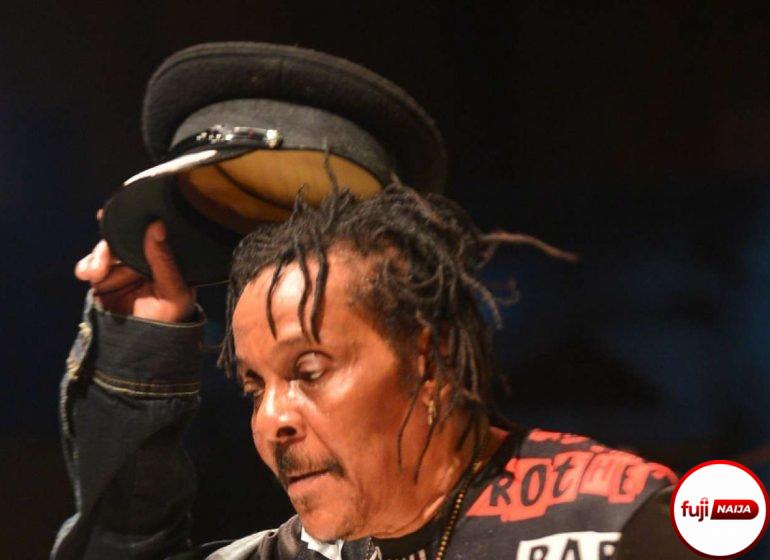 Fashek’s musical influences include Bob Marley  whom he resembles vocally  Jimi Hendrix, and Fela Kuti. He was one of the original Nigerian artists to be drawn to the music of the Caribbean, specifically reggae, rather than indigenous hybrids such as fuji, jùjú, but has been known to mix these genres into his own style which he calls kpangolo, and the song “My Guitar”, an ode to his favourite instrument, was also heavily influenced by rock.

Fashek was married to Rita Fashek who inspired the song “Without You”; the couple had four children together, but later divorced. 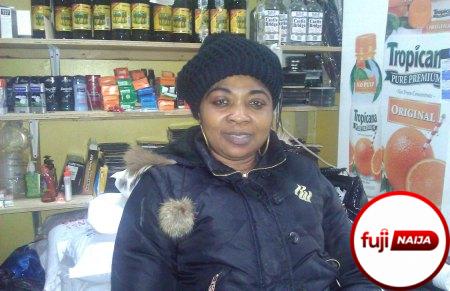 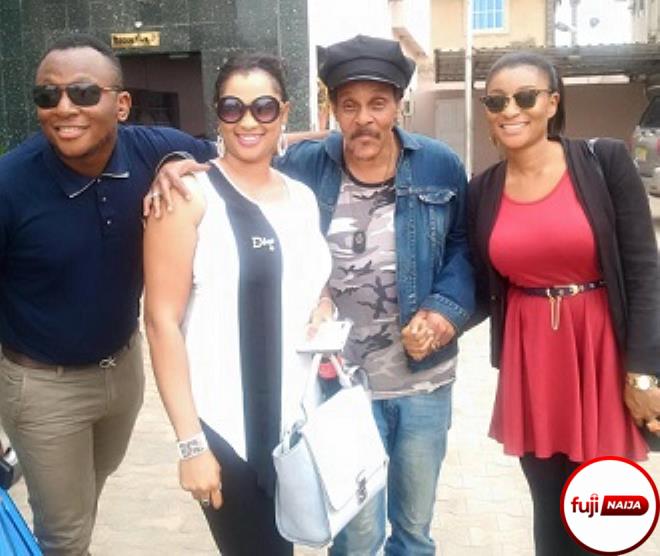