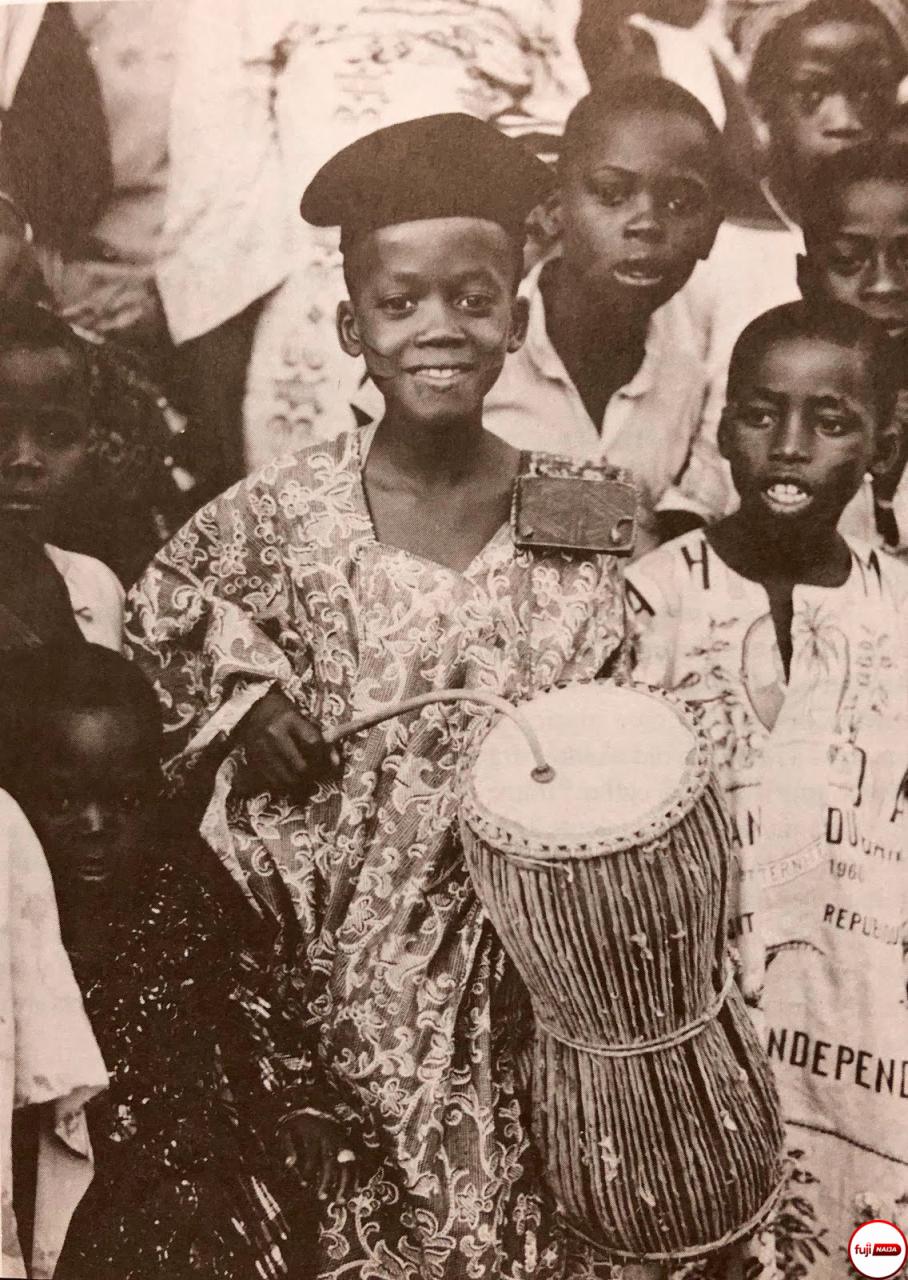 One indigenous social music type which needs exploitation for contemporary appeal is Apala (Olusoji, 2010:40). Apala is a Yoruba popular music whose origin could be traced to many sources cutting across such disciplines as music, linguistics, history, religion, and so on. Some scholars such as Mustapha in A Literary Appraisal of Sakara: A Yoruba Traditional Form of Music and S. O. Olusoji in Nigerian Dances for Piano, suggest that Apala evolved from indigenous music of the Yoruba and can be regarded as folk songs which later metamorphosed into social music (Olusoji, 2010:40). Akin Euba in Islamic Musical Culture among the Yoruba: A Preliminary Survey opined that Apala began during the fasting season, young Muslims got together to perform music to awaken people for the early morning meal (Saari). But an informant said Apala has no particular date of origin, and that it has been in existence and was called ere fowo beti (cover your ears). He also added that Apala has been in existence before the likes of Muraina, Alao and even Ligali Mukaiba, but it was popularised by Haruna Ishola and Ayinla Omowura.
One tradition indicates that Ede is the birthplace of Apala. That a man called Balogun and his son Tijani, were Apala singers, as early as 1938. Another suggested that Apala music had long started before 1938. Ajadi Ilorin for instance, was remembered to have played Apala music as early as 1930 (Ajetunmobi et al, 2009:38). Whatever position is true, what is certain is that Apala evolved among different Yoruba sub-groups that drew their inspirations from popular Yoruba musical forms at different times. An informant also affirmed that Apala music originated from different Yoruba sub-groups. This explains why there are more than three different styles or forms of Apala music, as dictated by the frequency of sound production and combination of instruments used at different times. Each individual developed his own Apala version among the people of his community, getting inspiration from other Yoruba music, local experiences and creative ingenuity. Among such styles of Apala are:

Whichever the form, Apala music is noted for its highly proverbial folklore blended with percussive instruments of which drums play a leading role. Apala ensemble consists of Agidigbo (a thumb piano having four or five keys and a rectangular box resonator), Sekere (a gourd rattle) and Akuba. While an informant (Interview: Mama Obatala (70), 30, Balogun Parapo, Itoko, Abeokuta, April 26, 2010.) said Apala has only three instruments  Sekere, Akuba and Gangan.fig 1,2,3 Many artistes have distinguished themselves in the performance and practice of Apala music. Some of the major exponents who nurtured Apala from obscurity to prominence include: Ligali Mukaiba, Haruna Ishola, Ayinla Omowura, Adisa Aniyameta, Raimi Dogo, Lasisi Layemi, Aminu Olaribigbe, Lasisi Onipede and Kasunmu Alao.
Some of those still present are Musiliu Haruna Ishola, Y.K. Ajadi, Dauda Epoakara, Bode Davies, Tunji Sotimirin, Femi Lewis and many others (Olusoji, 2010:40). Composers all over the world and through the era of music have various methods of generating themes for their compositions. The two major factors which have served as agents for the conception of themes by the Apala musicians are religious and social events.
Source: Origin of Apala Music