Top Richest Fuji Musician. Fuji is an African popular genre combining beat and vocals with meditative, philosophical music. The most important feature of Fuji is percussion. It was developed by Sikuru Ayinde Barrister who began his career in 1965 with the performance of Muslim morning songs of faith during the holy month of Ramadan. He came up with a name of the genre after the victory in faith music competition held in Lagos.
It was chosen, most likely, by chance from the Japanese Mount Fuji (as Sikuru claims for the beautiful sounding of the word). Soon, Sikuru had a rival Ayinla Kollington who divided the admirers of Fuji into two camps. By the end of the 1990s, Fuji music began to overtake the Juju in popularity by turning into the musical mainstream of Nigeria. The undisputed leader and innovator of the genre is Wasiu Barrister, known as KWAM (King Wasiu Ayinde Marshall).
Ever since the death of the Fuji king “Sikiru Ayinde Barrister” the music scene changed, new artist appear every year and some still remain dominant in their positions. 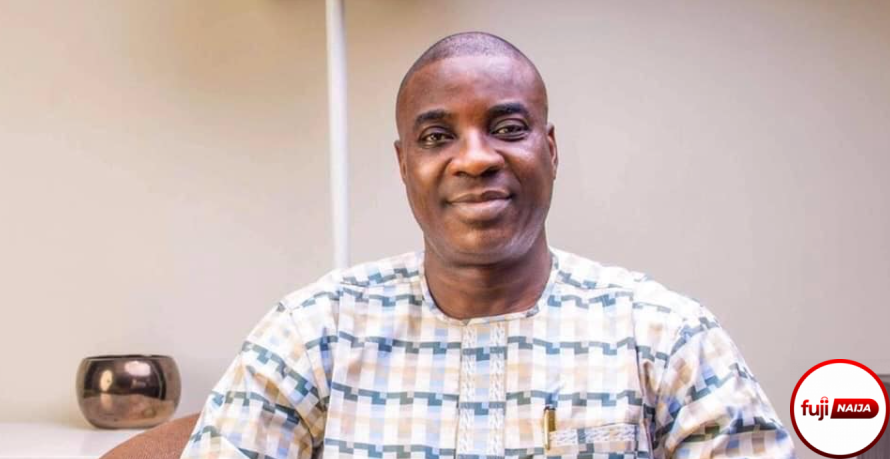 Wasiu Ayinde Marshal KWAM1, a popular Fuji legend, has just turned 61 & Now Mayegun of Yoruba Land. KWAM1 is called the King for his great input in Fuji music introducing the genre to the sounds of keyboards, saxophones, and guitars.
This man is the richest Fuji musician in Nigeria for many reasons. First of all, Wasiu Ayinde Anifowose has been on the stage for many years. However, time cuts no ice here. He is still full of energy and keeps on going. Some believe that this man is now the leading artiste in the genre. We cannot call him the father of this genre. However, he is one of those who transfer this style to the big arena and not only playing it in private.
Among other of his achievements are fifty albums. Not all of them are studio works, though. He is still packed with ideas and willing to outdo himself. He is a friend of several influential politicians of Nigeria, which is also beneficial to his career. The net worth of this man used to be N750 million; however, this number has grown recently.
Check Out: Wasiu Ayinde Biography 2020 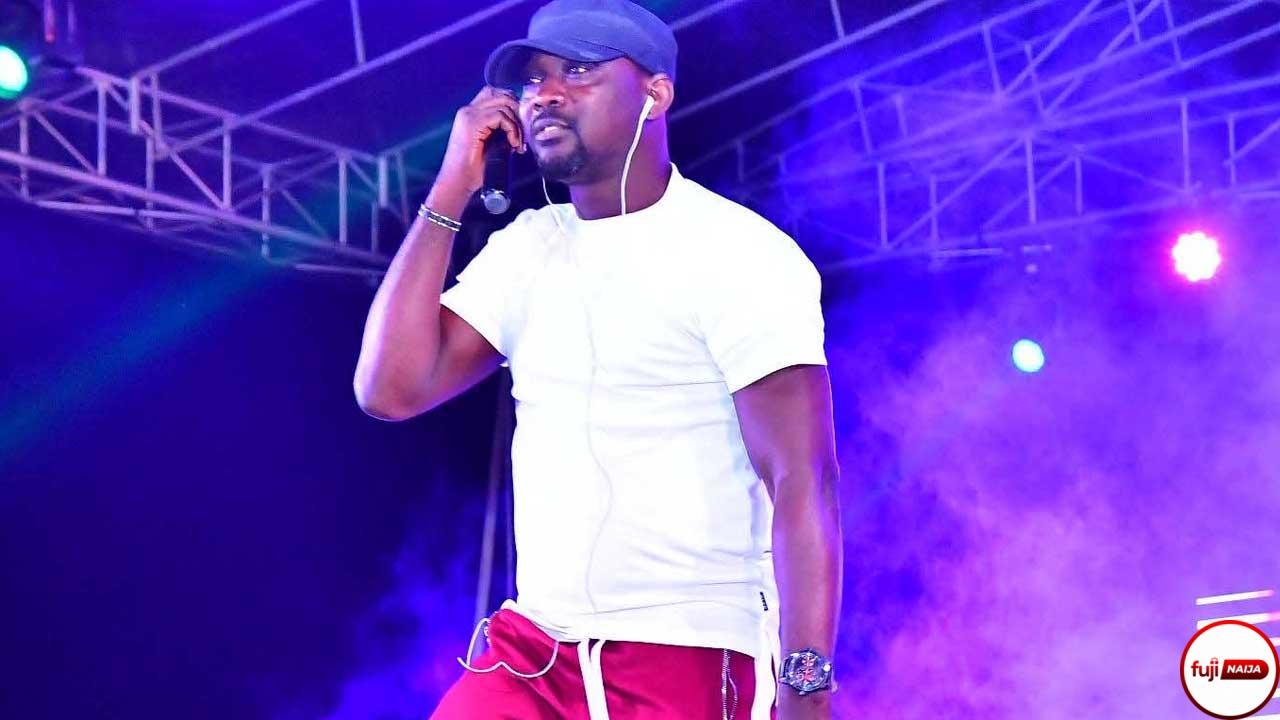 This man is another prominent celebrity among current top 10 richest Fuji musician in Nigeria. Pasuma music is known as the new generation of the genre. His talent and passion for what he is doing give him the strength to move forward. Thanks to his versatility, he is the one who combined the pop art with the Fuji style and made it closer to regular people like you and me.
Pasuma is the owner of the Wasbar records as well an author of an album called My World which is loved by both Fuji and hip-hop fans. 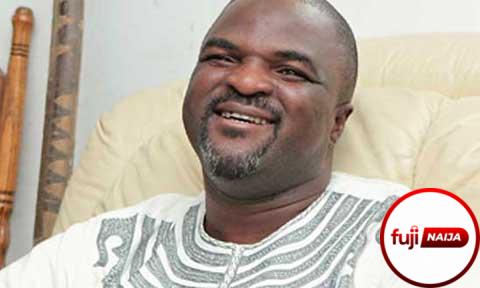 His name is often involved in various conflicts and scandals with his rivals. However, this does not change the fact that he has great taste in music. Obesere started performing in this style in the 1990s and still got it. One of the most prominent appearances of the artiste was on the coronation of Olubadan in Ibadan. The artist has been making wave recently after the track he recorded 19 year ago resurface online, “Egungun Be careful” has been trending for no legit reason, with that Obesere Net Worth could skyrocket before the end of 2020. 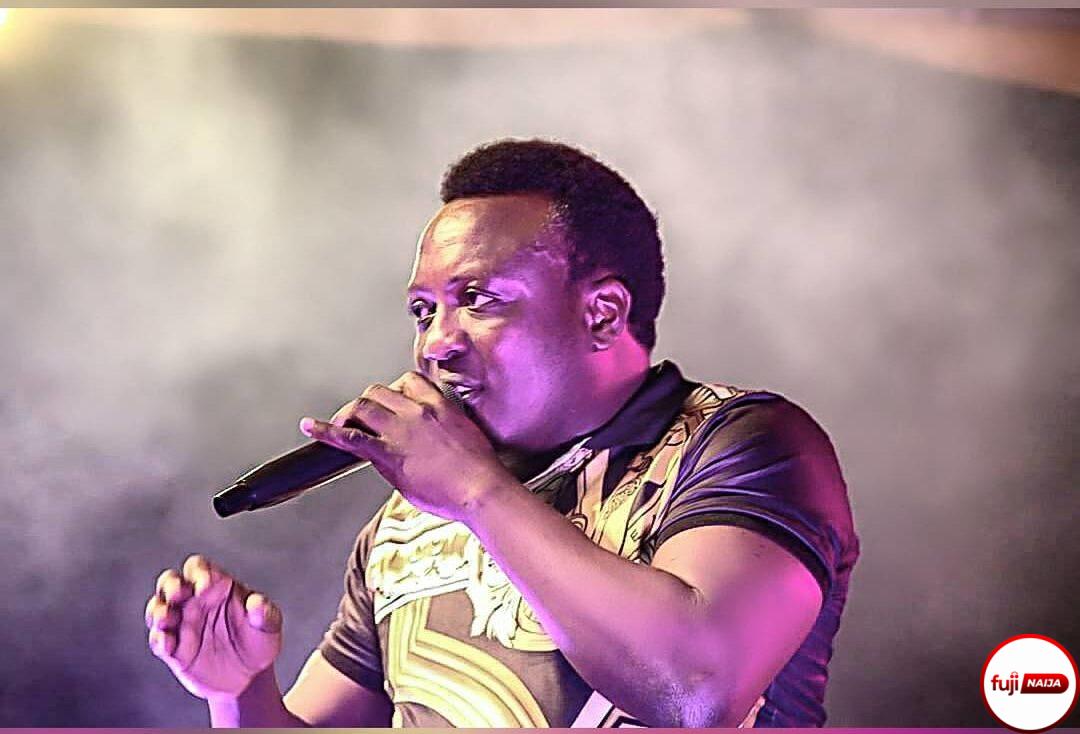 With his net worth slightly more than 450N million, Saidi Osupa is a real find for the Fuji music in Nigeria. He was raised as a man with engineering mentality. However, given the artistic nature deep inside of him, he did not let his talent dissolve even while studying at the Polytechnic. His name was once in the scandal centered around him being called the King of music. His rivals did not feel like he deserved that title so instead of simply letting him get the title they started a real scandal.
Nevertheless, his image was not damaged in any way. All the controversies are in the past now. Today this prosperous man is still on stage and is still writing the music which makes him one of the happiest as well as richest Fuji musicians in Nigeria. 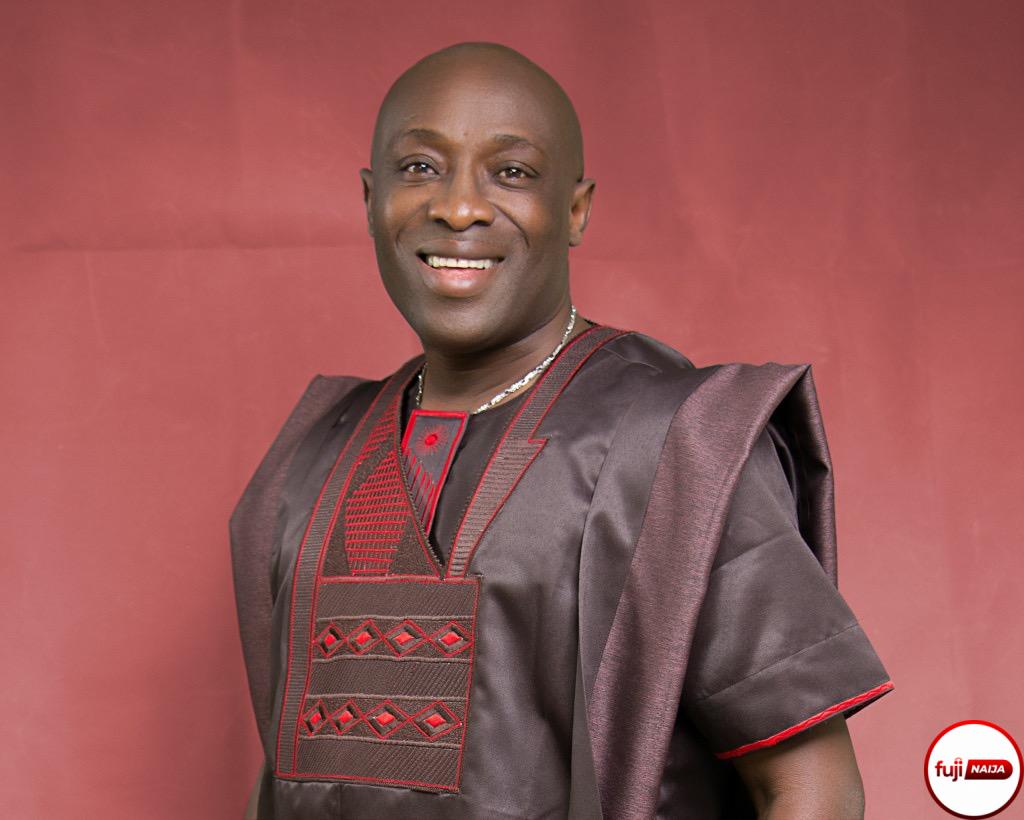 This popular musician is known for his deep thoughts and outstanding lyrics. He is in this style to let the world stop and think about the different philosophical questions he raises.
He became a Christian, which perhaps is the reason for the change in his lyrics and introduce the listeners to the new concepts he believes in. Lets see what material this artiste will present in the future. 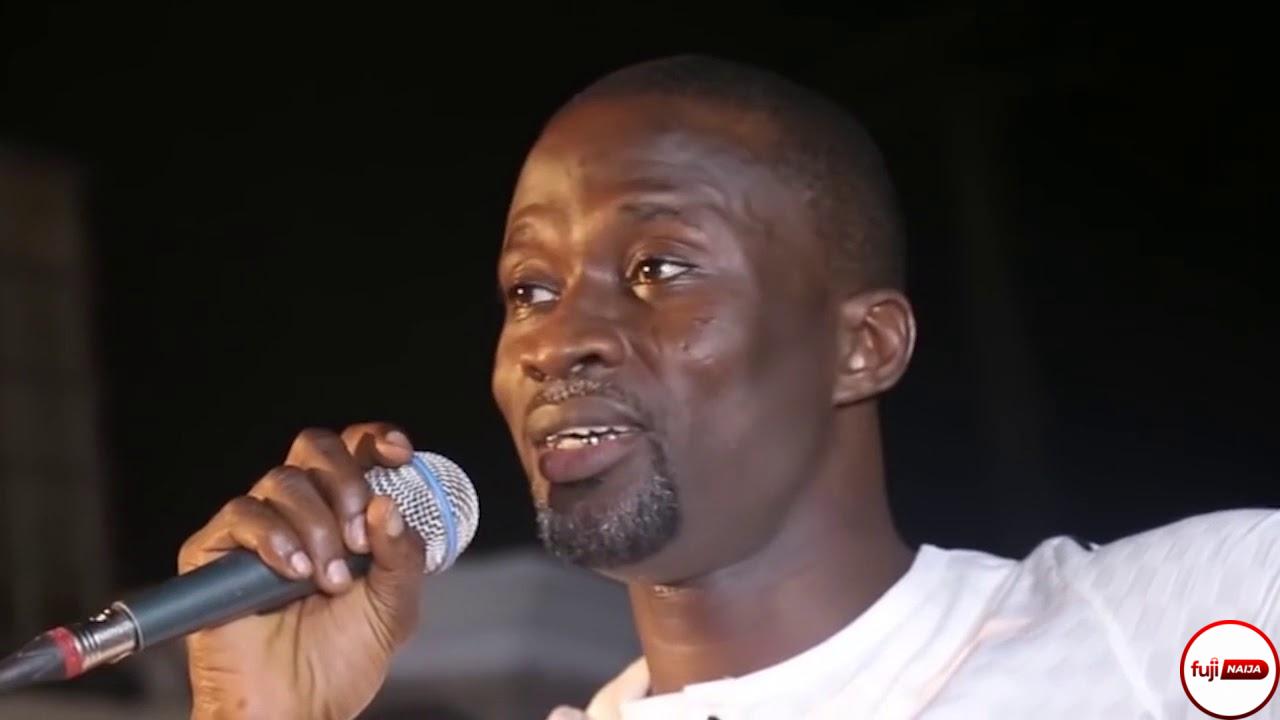 Also, known as Sule Adekule Alao, he is a man of fortune. Most of the money he made thanks to the Fuji music and his incredible potential in this area. Thus, as his fans call him, KS 1 the Pride truly is the person who brought this style of music into the public and made it somewhat equally popular as the pop music. His net worth is around N300 million, and he is not going to stop here.
Though Malaika is not too long in this genre, he has already performed with the prominent artistes of Nigeria and is willing to work more. Open to new opportunities and close to the philosophy of the young generation, this man will definitely have his word in the history of Fuji music in Nigeria. 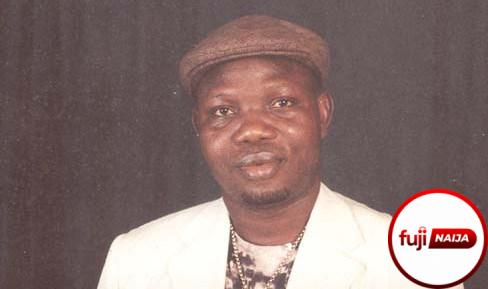 Many fans know him under name Omo Oko. He lives in Abeokuta, Ogun State capital. For his creative career, Alao received many important awards. The musical path of the artist began in 1982. He connected his life with the Fuji genre by chance, however, as a result, it became his creative specialization.
At first, Shefiu Alao performed on the streets without relying on big fees and now he is fabulously rich. Today he thanks God for this result. Alao’s works are very popular not only in Nigeria but also abroad. This prominent artist received awards in Ghana and Austria. 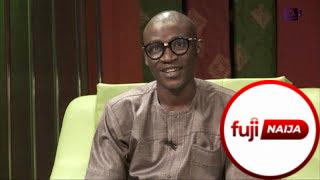 His full name is Muritala Ademola Salaudeen. He began to be interested in music while in high school. Over time, the love for this hobby completely replaced education. The musician refused to study and focused on building a career. His parents were in shock because of this decision and threatened to disown their son. However, nothing prevented him from achieving his goals. Muri left his parents’ home at an early age and lived with an aunt who provided support in all his ambitions.
In 1999, a contract was signed with Mosbelatan Music Label. The first studio album OPTIMISM became available to the general public. 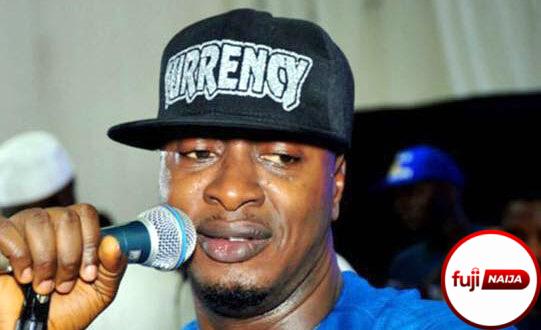 Under this stage name, works Taiye Akande Adebisi, who made his way into the industry and became number 9 on our list of the richest Fuji musicians in Nigeria. He is mainly popular in Oyo State given that thats his home of residence. Nevertheless, he willingnes to expand his area of influence, and thus he now works in different audiences in Lagos.
He used to be backed up by his brother. But given the death of the latter, he is now doing it all alone. He is not afraid of the popularity his rivals have. The man is sure that his talent will still keep him famous despite having no connections with the political forces or having no personal record studio. 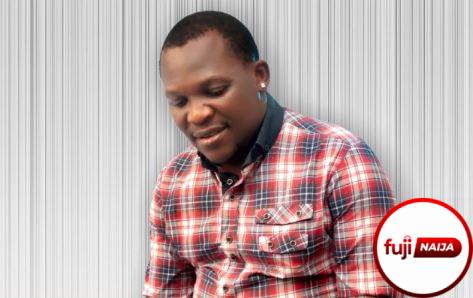 Many fans know him under name Igwe1. He began studying music at an extremely early age. The artiste often uses fast rhythms, interesting slang that attracts the attention of young listeners. He has a great experience of studio work and stage performances. Aluko’s glory does not cease to grow with great speed. The media has been shaken for a long time by rumors about artist’s blindness. It was believed that he was involved in a Blackberry phone theft and, as a result of hand-to-hand combat, he lost his sight. Over time, it became known that in fact, Remi was not blind. He just had to cope with the glaucoma eye infection.
We hope that it was interesting for you to find out who are top 10 richest Fuji musicians in Nigeria and their net worth. As you can see, there are many successful artistes specialized in this genre. They are quite popular and attract much attention of Fuji lover in Nigeria and abroad. We hope to see new faces on this list soon, as the music keeps developing and new artistes are still emerge. Follow the 10 richest musicians in Nigeria on social media to be the first to learn about their upcoming concerts and album releases.