Yoruba will be free from Oppression, Invasion – Prof. Banji Akintoye 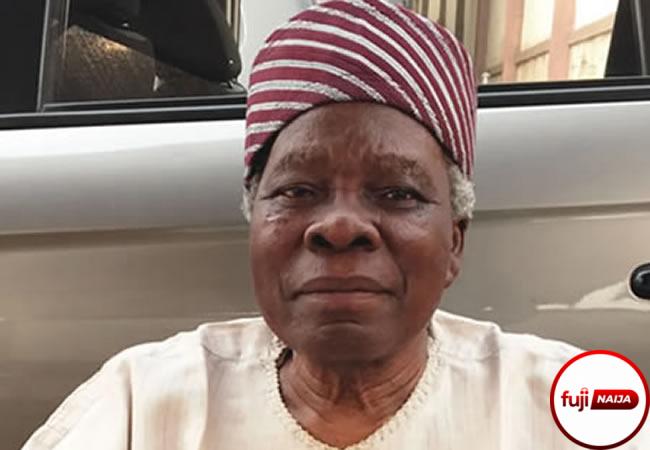 The President-General of the Yoruba World Congress (YWC), Prof. Banji Akintoye, has assured Nigerians that no effort would be spared to rescue the South-west people from oppression and invasion by those he described as political marauders and bandits.
The scholar said everything possible would be done to ensure the liberation of the region (the Yoruba nation) from the current challenges of under-development and insecurity pervading the land.
The Second Republic senator made the vow yesterday in Okemesi, Ekiti South West Local Government Area of Ekiti State, during the commemoration of the 134th anniversary end of Kiriji war and 2020 Yoruba National Day celebration organised by YWC.
The Kiriji war, also known as the Ekiti-Parapo war, was a 16-year long drawn civil war among the Yoruba people where all the sub-ethnic groups either supported the Ibadan or the Ekiti.
The war ended on September 23, 1886, with the signing of the peace treaty in Okemesi, which marks the beginning of the unification of Yorubaland as one.
Speaking through the Ekiti State Coordinator of YWC, Mr. Praise Ayodele, Akintoye maintained that the historic event was organised to help in discovering and promoting the history of Yoruba after 134 years, and use the same to enhance unity among its residents for the ultimate goal of achieving the desired liberation for the people of the region.
 We decided to return to Okemesi, Imesi-Ile and Igbajo to recover our pristine history, promote our history and use our history to further foster unity among us, as this place was where we signed the peace treaty in 1886 exactly 134 years ago.
I want to implore all of us here-our Royal fathers, chiefs , leaders, people of great worth, value and integrity-to patriotically come together to reposition the Yoruba nation as pacesetters that we are acknowledge for not only to Africa but the world at large.
We must come together as Yoruba people known for our intellect to share values and ideas to make us the leaders that we are in the comity of nations. I implore the old and young to kindly come together to decipher where to go from here as Yoruba people.
However, I am ready to fight on, just as I am ready and determined to stand for the liberation of the Yoruba nation.
The traditional rulers at the event, Owa Ooye of Okemesi, Oba Gbadebo Adedeji; the Olojudo of Ido-Faboro, Oba Ayorinde Ilori-Faboro, and the Ajero of Ijero-Ekiti, Oba Joseph Adewole, lamented the spate of insecurity in the region.
They said the current political arrangement has failed the people, advocating for the unity and cooperation of residents to overcome the numerous challenges pervading the land.
The traditional rulers called on President Muhammadu Buhari-led federal government to allow the restructuring of the country, where the country would be broken into autonomous federations that will enhance massive equitable distribution of resources and guarantee maximum security.
Also, while reiterating the importance of unity for the region to ward off all external threat, the leader of Movement for Oduduwa Republic (MOFORE), Mr. George Akinola, said the people of Yoruba should not allow the region to be turned into a slave camp.