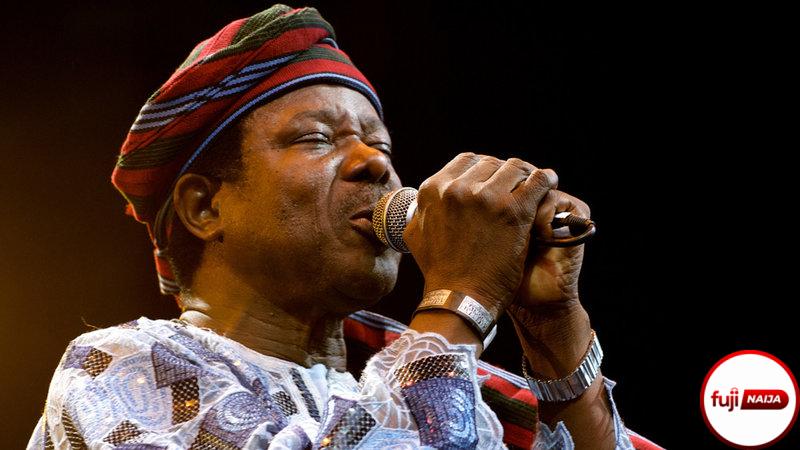 Legendary Nigerian musician, Sunday Adegeye, popularly known as King Sunny Ade (KSA) has turned 74.
With a meritorious music career that spans 53 years, his Juju music is characterised by the brilliant talking drum among other instruments, poetic lyrics and praise signs.
Sunny Ade released his first worldwide record, ‘Juju Music’, in 1982 after he got signed onto Island Records after the death of Bob Marley.
The release propelled him, his brand, and Juju music into the international limelight.
His next album, ‘Synchro System’, released in 1983 further fuelled the fire of his international growth.
It earned him his first Grammy Award nomination in the ethnic/traditional folk recording category, making him Nigeria’s first-ever Nigerian Grammy award nominee.
Even though his journey with Island Records was short, his brief spell with them brought him to the attention of other world music acts.
In 1987, he returned to the international music scene after a record of a live concert he had in Seattle was released by Rykodisc, an American record label.
One of his albums, ‘Odu’, released in 1988, was a collection of Yoruba songs and earned him his second Grammy nomination.
King Sunny Ade with Team [PHOTO CREDIT: YouTube]In 2008, he was given an award for his outstanding contribution to world music at the International Reggae and World Music Awards held at the Appollo Theatre in Harlem, New York.
In 2009, Sunny Ade was inducted into the Afro-pop Hall of Fame, at the Brooklyn African Festival in the United States where he dedicated the award to the late Michael Jackson.
In 2016 he became a recipient of the AFRIMA award and in the same year, he was inducted into Hard Rock Cafe hall of fame.
So far, only five Nigerian albums have charted on the Billboard 200.
Two of them are Sunny Ade’s albums, two others are Burna Boy’s new album, ‘Twice as Tall’ and his ‘African Giant’ and the last one is Wizkid’s ‘Sound from the Other Side.’
The Billboard 200 is a record chart and it comprises the 200 most popular music albums and EPs in the United States each week.
It is published weekly by Billboard magazine and it reflects the popularity of an artiste or groups of artistes.
When Sunny Ade’s 1982 album, ‘Juju Music’ peaked at #111 on the billboard charts, the The New York Times described it as the week’s Best New Dance Music
On September 24, 1983, his 1983 album, ‘Syncro System’ peaked at #91 on the billboard 200 chart. It remained on the chart for 10 weeks. The album was re-released in 1990 with a different spelling of ‘Synchro System’.
In the same week, his other album, Juju Music, was at No. 116 on the charts. The following week, the album then climbed another nine places to chart at No. 98 on the Billboard 200.
Sunny Ade was born on September 22, 1946, in Osogbo to a royal family from Akure, Ondo State. He left grammar school in Ondo for Lagos where he started his musical career.
His career began with Moses Olaiya’s highlife band, Federal Rhythm Dandies. He left to form a new Juju band, The Green Spots, in 1967. His band name changed several times over the years.
He later founded the King Sunny Ade Foundation, an organisation that includes a performing arts center, a state of the art recording studio, and housing for young musicians.
In March 2017, he was appointed ambassador for the “Change Begins With Me” campaign by Lai Mohammed, the Nigerian information minister.