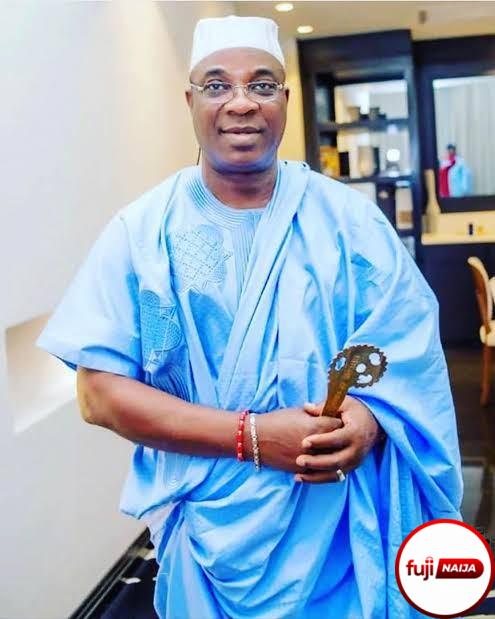 The K1 (Wasiu Ayinde) Fans Club, Nigeria, has faulted the Freelance and Independent Broadcasters Association of Nigeria over an allegation that the Fuji singer assaulted one of their members identified as Wole Sorunke otherwise called MC Murphy.
The FIBAN on Friday called on the Alaafin of Oyo, Oba Lamidi Adeyemi, to strip the singer of the Maiyegun of Yorubaland title he bestowed on him.
Sorunke was reportedly assaulted by the singer and his boys at the 60th birthday party of the Olu of Itori, Oba Fatai Akamo, held in the Ewekoro Local Government Area of Ogun State.
But the singers fans club in a statement titled RE-FIBAN : Asks Alaafin to withdraw Mayegun title from KWAM 1 for beating Ogun broadcaster, jointly signed by its National Chairman, Adebari Korodo and state Chairman, Kehinde Olawuyi, expressed displeasure over the allegation.
The club said its leadership read the statement by the FIBAN President with unhappy mind.
It stated, Without being sentimental, going through the story put together by Mr Wole Sorunke (MC Murphy) and FIBAN President, Desmond Nwachukwu, it shows there is something behind this. Its important to make a proper clarification here. Alhaji Wasiu Ayinde Marshall (Maiyegun of Yorubaland) is an Ambassador of Peace, which can be confirmed from people home and abroad.
What value will it be for a personality that God has blessed and placed in a position to represent the good people of Yorubaland, to allow people to beat someone in his name?
The club added that Sorunke was economical with the truth and had not told the world what truly transpired at the event.
The statement further read, If MC Murphy also tells the FIBAN president that the music icon gave him N100,000 on that day, we believe that the FIBAN president will dig deep to get more details about the incident before rushing to the press.