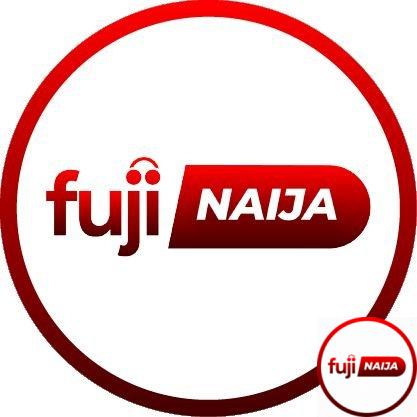 Fuji is a popular Nigerian musical genre. It arose from the improvisational Ajisari/Were music tradition, which is a kind of music performed to wake Muslims before dawn during the Ramadan fasting season. Were/Ajisari music itself was made popular by Alhaji Sikiru Ayinde Barrister. Fuji or Fuja are similar yoruba words and they are related in usage . Fuji and Fuja are used differently to denotes someone that is sociable. For example Late Ayinla Omowura in one of his records ” Ebi Ki pagun ” mentioned Fuji more than eight times to describe fans that are sociable.

Were music/Ajisari, traditionally, was an Islamic type music played by the Muslim children in Yorubaland to wake the faithful for fasting or Suhur during Ramadan period. This musical genre was made popular by Alhaji Dauda Epo-Akara, the deceased who based in Ibadan,was the “awurebe” founder and Ganiyu Kuti, a.k.a. “Gani Irefin”.
The Muslim community in Lagos metropolis (Lagos Mainland and Lagos Island) had a sizeable number of Ajiwere acts. These early performers drew great inspiration from Yoruba Sakara music style (using the sakara drum but without the violin-like goje instrumentwhich is normally played with an accompanying fiddle). The long list of notable Isale Eko (lower lagos city) “ajiwere” performers during the early Independence years included Sikiru (Omo Abiba), Ajadi Ganiyu, Ayinde Muniru Mayegun a.k.a. “General Captain,” Ajadi Bashiru, Sikiru Onishemo, Kawu Aminu, Jibowu Barrister (under whom Alhaji Sikiru Ayinde Barrister performed), Ayinde Fatayi, Kasali Alani, Saka Olayigbade, Ayinla Yekinni, and Bashiru Abinuwaye.
Varying styles were beginning to evolve by this time, and it was not unusual for a few to play mouth organs (harmonica) between Ajiwere interludes within their compositions. Alhaji Sikiru Ayinde Barrister was the lead singer/composer of the popular ajisari group, Jibowu Barrister, under the leadership of Alhaji Jibowu Barrister (mentioned above). Alhaji Sikiru Ayinde Barrister and other young Ajiwere “rocked” Lagos and its environs.
The name, “Fuji,” chosen for the new musical genre was conceived in a rather funny and unusual way. According to Alhaji Sikiru Ayinde Barrister: “I came up with it when I saw a poster at an airport, advertising the Mount Fuji, which is the highest peak in Japan.” Fuji, in this context, should not be mistaken for the Yoruba word “fuja,” or “faaji,” which means leisure or enjoyment. “Onifuja” or “Onifaaji” is Yoruba for a socialite, or one who relishes leisure or enjoyment.
Fuji music is an offshoot of were/Ajisari musical genre. In one of his early LPs, which he used to chide the unreasonable critics who dubbed his creation “a local music,” Alhaji Sikiru Ayinde Barristerexplained that “Fuji music is a combination of music consisting of Sakara, Apala, juju, Aro, Afro, and gudugudu, possibly highlife.” Alhaji Sikiru Ayinde Barrister did a tremendous job of popularizing his craft by taking it all over the world; he started touring the European continent, especially Britain, since the early 1970s. Also, he first brought his trade to the North America, particularly the United States of America in 1984. All these tours happened before any subsequent Fuji players ever left the shores of Africa.
Between 1970 and throughout the 1980s, other fuji musicians included Fatai Adio, Saura Alhaji, Student Fuji, Rahimi Ayinde (Bokote), Ramoni Akanni, Love Azeez, Waidi Akangbe, Sikiru Olawoyin, Agbada Owo (who prematurely experimented with the guitar), Iyanda Sawaba, Ejire Shadua, Wahabi Ilori, Alhaji Sikiru Ayinde Barrister(he later changed his name to Wasiu Ayinde Marshall) and also the Ibadan quatro of Suleiman Adigun, Sakaniyau Ejire, and Wasiu Ayinla emerged, all introducing their versions of Fuji music.

Since the early 1980s, Alhaji Kolynton Ayinla (Baba Alatika or Kebe-n-Kwara) is a name to be reckoned with as far as fuji music is concerned. Wasiu Ayinde Marshall Barrister before he changed his name to K1 De Ultimate, has gradually emerged (with hits such as “Talazo Fuji”, 1984) after tutelage under Alhaji Sikiru Ayinde Barrister. Marshall had served under Barrister in different roles such as his instrument packer and notably as his road manager. He served under Alhaji Sikiru Ayinde Barrister for 15 years. Marshall’s style evolved through the early 1990s as he added youthful vigour to it. By the end of the 1990s,his brand of Fuji had become one of the most popular dance genres in the country. Another artist, Adewale Ayuba, dabbled into Fuji music and took the nation by storm in the early 1990s. He managed to give off a vibe of class, though Fuji music was more popular among Yoruba Muslims, as opposed to Juju music. His brand of Fuji, termed “Bonsue Fuji”, was clean, lively, and appealed to young and old alike as it was not hard to accept. Ayuba clearly did an excellent job by staying away from any feud with any other musician. He still performs till date and has many followers. Another artist that emerged in the early 1990s was Abass Akande Obesere (Omo rapala), who brought lewd street slang called “Asakasa” into the Fuji scene. He became popular with the street type and even the educated buy and hide in their cars and rooms to listen to his music. Generally, the lyrics are in Yoruba. Due to its popularity with young Nigerians, Fuji is now the main hook lines of Nigerian hip-hop music.

One thought on “History of Fuji (Part 1) – Fuji Music”