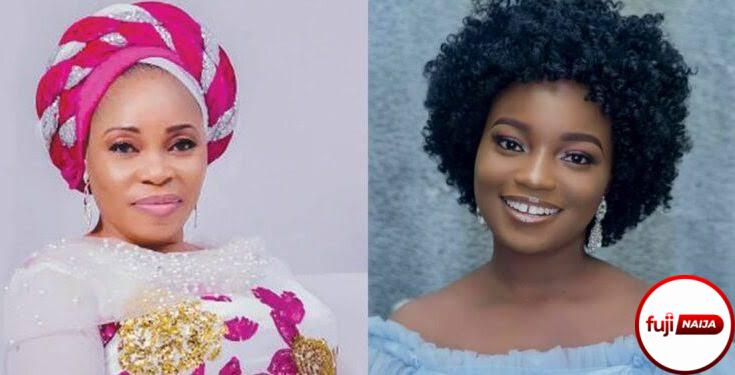 The Daughter of this Popular gospel singer Tope Alabi claimed God called her to sing the gospel & her mother fame will uplift her glory.
Ayomiku, who recently released her debut single titled, A Friend, said she would have loved to be an actress or a movie producer, but God had called her to be a gospel minister.

She told Saturday Beats, When you have a mother like mine, people would expect you to do just like her or maybe a lot more but in the end, God decides how he wants to use us individually. I think that my mothers identity will make me easily recognised as a gospel artiste. But in the end, people would differentiate us not for bad; but for good.

People expect me to dress or act a certain way but I am not pressured by anything or anyone. I didnt develop interest in music because of my mum. I just really love singing and Im also called by God to do this. Left to me, I would have loved to be an actress or a movie producer.
It is a blessing and opportunity to be the daughter of such a wonderful musician but at the same time, it feels normal.
The 22-year-old singer also noted that her mum was the brain behind her latest single. She said, Just like Tope Alabi, I usually wait on the Holy Spirit to inspire me and when He does, I do as He instructs. I featured my mum because she inspired the song. She told me that we should make a song and I agreed; thats how the song came about.
I want to explore music full-time because thats what Ive been called to do but I would love to do other things on the side, though that would be later in life.