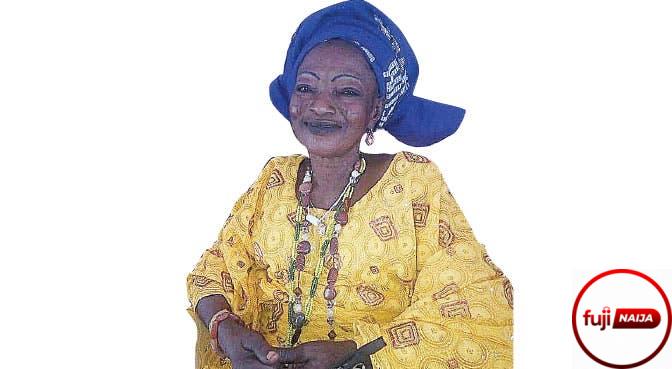 Nollywood industry has lost yet another of its veteran actors as Alhaja Musiliat Arikeusola joins the saints. Popularly known as Osuntohun died on Friday, July 31, at the age of 67 years in her house at Ijetu are of Osogbo in Osun state. FujiNaija gathered that Osuntohun had battled with an undisclosed ailment for so many years which eventually led to her death.
Famous Koto Orun actress Osuntohun, Musiliat Arikeusola, is dead. Photo: Guardian Source: UGC The Yoruba movie actress became famous after playing roles of esoteric being, witches, in late Alhaji Yekinni Ajileyes Koto Orun. Ademola Adedokun who is the secretary of Theatre Arts and Motion Pictures Practitioners Association of Nigeria (TAMPAN) in Osun state confirmed her passing to glory.
Adedokun in the statement made available to journalists described late Osuntohun as a passionate and committed actress who gave her best to her chosen career, acting. Aside from being an actress, late Osuntohun was also a movie producer. Some of the movies she produced include Omi Ipin, Imi Esin, and Ogun Omo Iyale which was said to be her last production and feature. The late Osuntohun featured in late Ajileye’s movies which include Koto Orun, Aye Akamora, and Koto Aye. Meanwhile, it was reported that the Yoruba entertainment industry has been thrown into mourning as yet another movie actor, Yusuf Satia, died. The singer and Yoruba movie actor’s death was announced by fellow actor, Kunle Afod. The news was shared via his Instagram page on July 21, 2020.