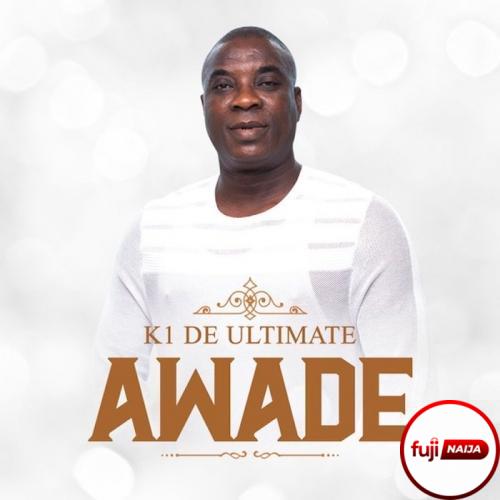 Wasiu Ayinde Kwam 1 Awade Mp3: King Wasiu Ayinde popularly known as K1 De ultimate or Kwam 1 debuts a brand new fuji work which was titled Awade. The new single was released off the upcoming studio EP which was titled FUJI THE SOUND.
The six-track EP was executively produced by Grammy Nominated music producer, Bankuli. It is set to be released on August 21st and the first track off the EP titled Awade is now available on all music platforms today. The fuji king has also posted this on his twitter page.
Wasiu Ayinde is a Nigerian Fuji musician. He popularized a brand of the fuji genre based on the work of the fuji creator Ayinde Barrister known as Talazo fuji that appeals to all age groups, irrespective of tribe and background.
He discovered his interest in music when he was 8. His parents initially opposed but he continued to pursue his passion and by the time he was 15 he had won various local musical competitions.
He later became a member of Ayinde Barristers band, the Supreme Fuji Commanders from 1975 to 1978 after previously serving under him as an instrument packer. He also adopted the name of Ayinde into his name after seeking the permission and blessing of his master Ayinde Barrister.
He released his first album titled Iba with the special track Abode Mecca in 1980, and thereafter, his most successful album Talazo84 in 1984. He has won many titles and several music awards.