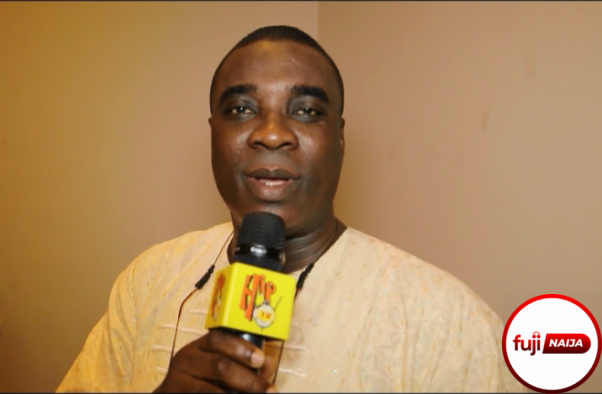 Fuji Musician, King Wasiu Ayinde Marshal, KWAM 1, has said that it is a taboo for him to even think of s*x with the Alaafin of Oyos wife talkless of doing it.
Rumour was high on social media that KWAM 1 and the youngest wife of the Alaafin of Oyo, Olori Badirat Ajoke, were having an affair.
It was also reported that the Olori was sent out of the Alaafins palace when the affair was discovered by her husband the Alaafin of Oyo, Oba Lamidi Adeyemi.
In the video below, KWAM 1 who, a few days ago, issued a statement on the matter, opened up to Ovation Magazine boss, Dele Momodu, on the rumour as he reiterated that none of what was reported is true.