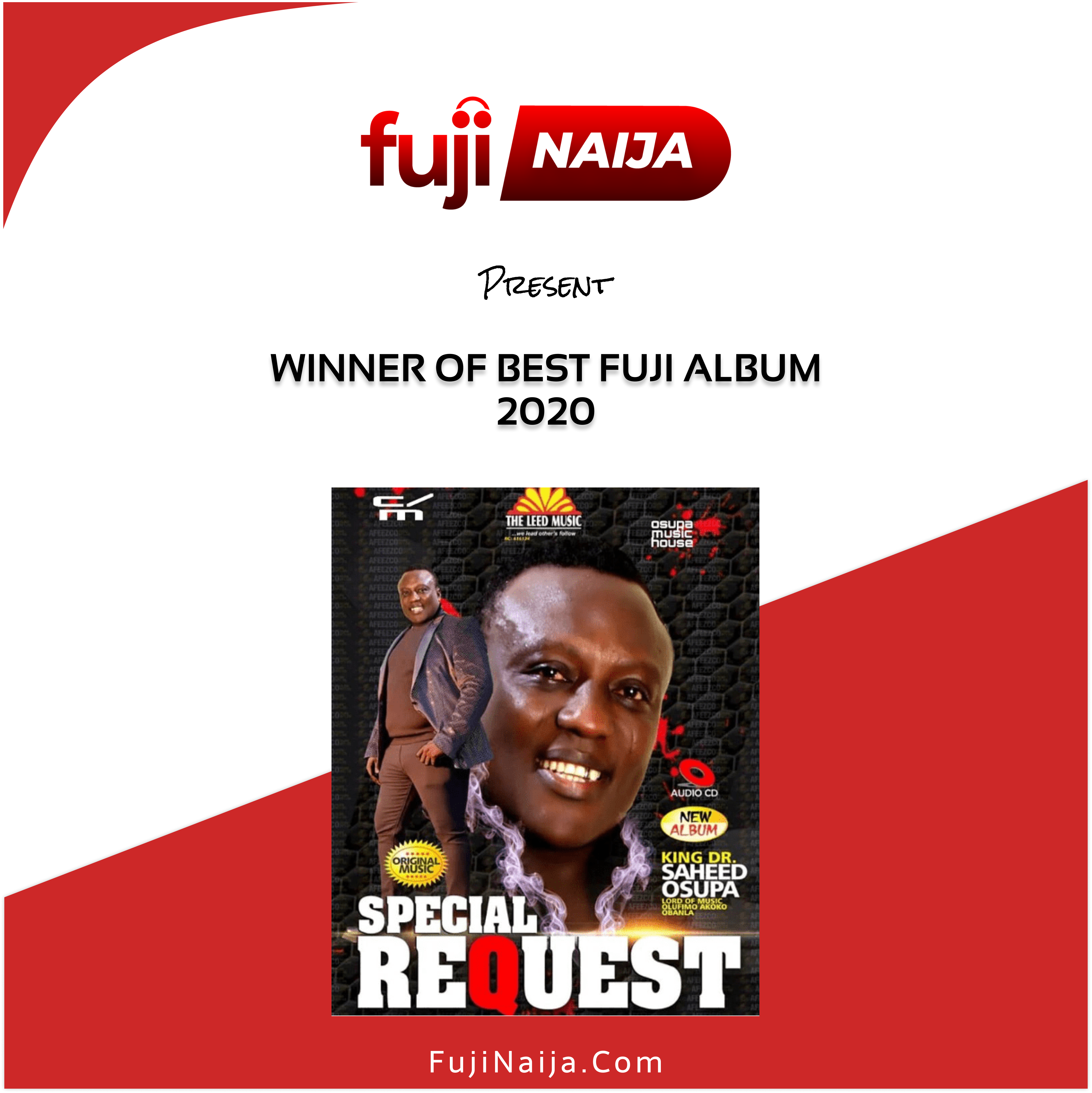 After declaring the winner King Saheed Osupa took to his Facebook and Instagram to appreciate his fans saying;

I am appreciative of the loving feedbacks from around the globe. Regardless of your race, religion, and tribal difference, our music is there to keep you thrilled.
With this again, It’s indeed a great pleasure to keep me ahead and to do more…
Thanks for your love, support, and the voting spirit you have all put on board to achieve this.
Olufimo – Still On Top!