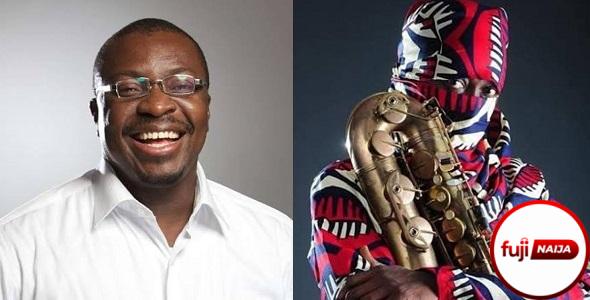 Popular standup comedian, Alibaba has revealed enormous role singer Lagbaja played in promoting standup comedy in Nigeria.
Taking to his Instagram page yesterday, popular Nigerian comedian, Alibaba stated that the history of the commercialization of standup comedy in Nigeria cannot be written without talking about the great role played by Lagbaja.
Alibaba who celebrated the music legend on his birthday yesterday also recounted the impact the singer had on his career as a standup comedian.
Taking to the photo and video sharing platform, Instagram, Alibaba wrote;
The history of the commercial success of standup comedy cant be written without mentioning the role this man, @officiallagbaja played in its, process, development and activating the cash.
From #SeaGarden to #Motherlan, he was very clear about how he wanted me to be part of his project.
Ali, I want you on stage by 12 midnight till 12:30 or thereabout. Can you handle it? He asked me at an auto mechanic shop on Oregun.


Recommended:   Despite how close friends treated me, I remain a nice guy - Singer Viktoh