500 Ancient Crowns in Southwest Obas to be hosted by Ibadan 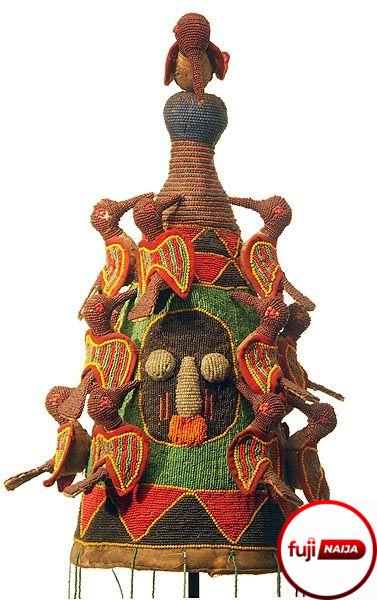 The Oyo State government and the Oshodi Arts Gallery, based in Lagos have entered into a discussion to organise the maiden annual crowns exhibition, tagged: Arts of Crown in the ancient city of Ibadan, Oyo State. The festival was targeted at promoting the significance of crowns and honour paramount rulers in Southwest Nigeria, as 500 crowns of different traditional rulers across the Yoruba land would be on display.
This disclosure was made on Tuesday in Ibadan when the Chief Executive Officer of Oshodi Arts Gallery, Dr. Seyi Oshodi was presenting the proposal for the festival to the states Commissioner for Information, Culture and Tourism, Dr. Wasiu Olatubosun in his office.
Oshodi said: Arts of Throne is an annual festival to honour, celebrate and promote paramount Yoruba kings, their ancient thrones and their kingdoms with a colourful array of life visual and creative arts, trado-modern carnival, tourism, heritage art exhibition and open-air life visual arts for the whole world to see and appreciate.
We want to promote the arts and culture of our people in Yoruba land, light up our tourist sites, generate employment for the youths in the arts and tourism sector while we also generate revenue for the host state. The project will comprise of carnival floats, visual arts and exhibition, tour and sightseeing, stage performances, gala night among others and all these will involve the people of the State and foreign tourists.
The Commissioner for Information, Culture and Tourism, Dr. Wasiu Olatubosun in his response said the cultural value of the event would change the narrative about the Yoruba history as the importance of each particular crown worn by prominent Yoruba kings would be made known to those he called the inquisitive members of the public.
He maintained that Ibadan, being the political capital of the Yoruba kingdom, was well-positioned for the event and all possible support would be given towards its success.