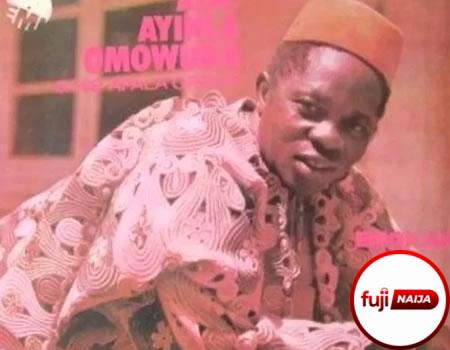 Ayinla Omowura Popularly called EGUNMOGAJI” was born in Abeokuta Ogun state Nigeria in the late ’30s. His musical career took root when he started with a brand of music called”Olalomi” in the early ’50s. This brand of music was so popular that he became the darling of the young people both in Nigeria and the west coast of Africa. This brand faded with time.

His musical career took a new dimension when he joined EMI NIGERIA in 1970 and recorded a single titled “AJAT OF’ OJU D’EJO” in June of that year. The tremendous success attained by the single was quickly followed by three other extended play records. One was recorded in September 1970-HNEP 506 titled “EMA FOWO S’OYA SI WAMO” and the other two, HNEP 533 TITLED “DANFO O SI ERE”/”EMA TORI OWO PA’NIA and HNEP 534 titled “ANJONU ELERE” were recorded on the 20th of July 1971.
His first album HNLX 5068 which was recorded in the same year was a chartbuster, with a release of over 50,000 copies.

His success was so overwhelming that he became an idol to the masses – particularly among the public transport drivers, and the traders to mention a few.
He left for MECCA and MEDINA to perform the Muslim Holy Pilgrimage in 1975 and became Alhaji Ayinla Omowura.
In the 10 years that he was on EMI NIGERIA label, all his 20 albums sold a minimum of 50,000 copies on the first day of release. Acutely popular, Omowura’s day of release was always a carnival at garages, Beer parlours and even at parties.
He recorded two albums at the same time in 1980, unfortunately only one NEMI (LP) 0490 titled”AWA KISE OLODE WON” was released before his tragic death that year. The second one, NEMI (LP) 0515 titled”25+40″ was released posthumously in 1981.

By the early 70s, along with other Apala prodigies of the time like Haruna Ishola (who reportedly invented the genre), S. Aka, Ligali Mukaiba, Yusuf Olatunji, Kasumu Adio, S.K.B Ajao-Oru, Fatai Ayilara, Ojubanire Ajape Saka Tewogbade and others, he had successfully transformed not only Apala but his fortunes as well, into a genre of music that was not strictly the pastime of the Yoruba lower class as it was hitherto perceived.
Omowura held society spellbound by his song, occasionally infusing his Egba dialect as a musical motif, delivered in a rich voice that was perhaps accentuated by his rumoured passion for cannabis.
In his typical social critic garb, Omowura was the scourge of the then-emerging fad of women bleaching (Volume 15, Oro kan je mi logun) where he compared albeit sarcastically, the body of a woman who bleaches with that of the frog and wondered why the white man does not, comparatively, flee after the black skin.

His songs were also the nemesis of ladies who changed husbands houses like a Chameleon changes colour (Pansaga ranti ojo ola) where he espoused the concept of the Onibambashi  most likely a barroom argot  classification of such women. Paradoxically, Omowura was said to be the toast of married women beer salon operators in his Abeokuta and Mushin homes and on several occasions, had to engage their husbands in physical, as well as musical scuffles to assert his supremacy.
He was married to many wives and children. 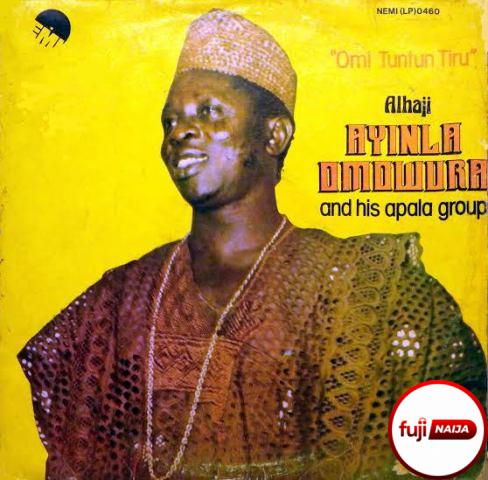